How to Engage the Brain with Hands-On Activities 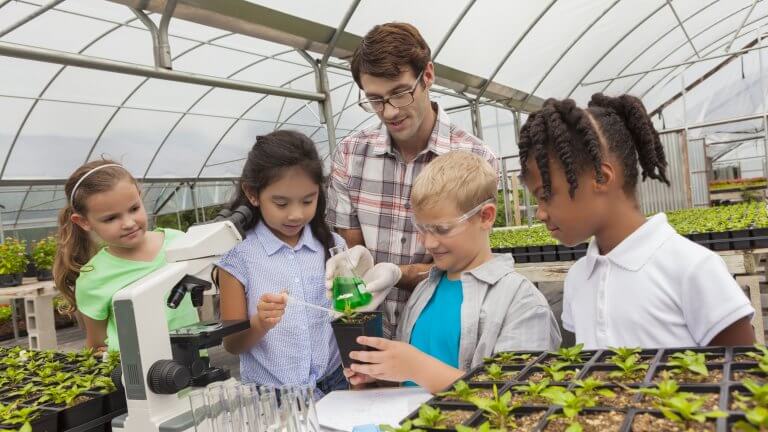 The use of the hands and brain activity are so complicated and interconnected that no one theory explains it. I can’t explain it either! I just know that some students need to have their hands involved before their brains can understand.

My son, Christopher, was one of those students. He had difficulty paying attention in class when his teachers lectured for a majority of the period. However, this was the same person who, as a teenager, could spend hours in his room constructing a moving Ferris wheel out of K’nex blocks or who excelled in a summer hands-on science camp sponsored by Georgia Institute of Technology.

In fact, two of my three children, and many others like them, probably possess what Howard Gardner (1983) called visual-spatial intelligence. These students usually excel with hands-on strategies, such as using manipulatives or graphing calculators, conducting experiments, or constructing models, and teachers would do well to incorporate this strategy into their repertoire.

What the Research Says

When learning is active and hands-on, the formation of neural connections is facilitated and information is much more readily remembered than information learned from an abstract viewpoint, where the teacher is doing the work while the students watch (Gregory & Parry, 2006).

When students are working with concrete shapes, they are developing the foundation for spatial sense (Wall & Posamentier, 2006).

Teachers should provide students with manipulatives and have students engaged in holding and molding clay or other objects (Jensen, 2008).

Give students small sticky notes. As they locate text evidence to support an author’s point of view or make inferences, have students put the sticky notes on specific references in the book so that they can be easily located during small-group or whole-class discussion.

Have students use their hands to show agreement or disagreement with an answer or level of understanding for an answer by doing one of the following:

Marcia L. Tate, EdD, is the former Executive Director of Professional Development for the DeKalb County School System, Decatur, Georgia. During the course of her 30-year career with the district, she has also been a classroom teacher, reading specialist, language arts coordinator, and staff development executive director.

Currently, through her company Developing Minds, Inc., Marcia serves as an educational consultant and has taught over 450,000 administrators, teachers, and parents, as well as community and business leaders, all over the world. Marcia also shares her expertise through her acclaimed catalogue of bestselling books: including Worksheets Don’t Grow Dendrites.

This author does not have any more posts.

What are the Qualities of a Great Lesson Plan?

Why Formative Assessment is a Valuable Teaching Tool

6 Remote Learning Strategies to Successfully Check for Your Students’ Understanding