What is Bullying and Why is it Harmful? 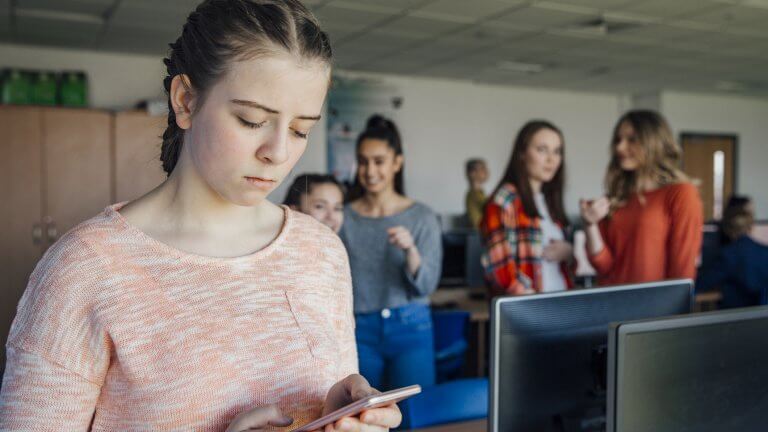 Bullying is all around us. It’s easy to do. A bully approaches someone else and pressures them to do something they don’t want to do, or never wanted to do in the first place. Bullies can tease, hurt, or even torment other students. You might have missed it though, because what constitutes bullying can be tricky.

Texas law provides a a formal definition of bullying as being: “a single significant act or pattern of acts by one or more students directed at another student that exploits an imbalance of power and involves engaging in written or verbal expression, expression through electronic means…”

To be considered bullying, according to current texas law the behavior must include:

1. An Imbalance of Power

Kids who bully use their power, whether it’s physical strength, access to embarrassing information, or popularity, to control or harm others. These power imbalances can change over time and in different situations, even if they involve the same people.

2. A single significant act or pattern of acts

Bullying behavior, as of September 1st, 2017 is defined as a single significant act, or a pattern of acts.  Bullies target people picking on them, teasing them, or being physically aggressive online or offline.

Often times people are too narrow about what their definition of bullying is. Many people have a rigid definition of what it means to be bullied, not realizing that it covers a bunch of different actions. Bullies can make threats, spread rumors, attack someone physically or verbally, and exclude someone from a group on purpose.

It’s also not always an extreme, it’s a scale, from less severe to extreme. It’s important that we recognize the different types of behavior so we’re better equipped at stopping it once we see it.

There are three types of bullying:

1. Verbal Bullying
This is when bullies say or write mean things to, or about, another person. It can include teasing, name-calling, inappropriate sexual comments, taunting, or threatening to cause harm.

2. Social Bullying
Sometimes referred to as rational bullying. It happens when bullies hurt someone’s reputation or relationships. It can include leaving someone out on purpose, telling others not to be friends with a person, spreading rumors about a person, or embarrassing someone in public.

When one student hurts a person or their possessions, they’re physically bullying. It can include, hitting, kicking, and pinching, spitting, tripping or pushing, taking or breaking someone’s things, and making mean or rude hand gestures.

Bullied kids, and those that bully can experience, serious, long lasting problems.

Bullied kids often experience negative physical, social, and mental health issues. They’re more likely to suffer from depression or anxiety, have increased feelings of loneliness and sadness, and have health complaints. They’re also more likely to lose interest in the things they previously loved. Their sleeping patterns and eating patterns can change, and they are more likely to miss, skip, or drop out of school.

Kids who bully others are more likely to abuse alcohol and other drugs while young and as adults. They’re more likely to get into fights or vandalize property. They have higher drop out rates, higher rates of criminal convictions and traffic citations as adults, and can even become abuse to their partners, spouses or children as adults.

How we can help.

We all have to do our part to stop bullying. While identifying behavior is important, we should also take steps to stop it. As educators, we should take a look at how our own actions might reinforce bad behavior. Take a look at your classroom management strategies, and your behavior management strategies. Do they rely on proximity or threats? Are we too loud or too aggressive?

All of these things, whether we mean it or not, can reinforce bad behavior. By understanding what behavior is and looking at  what we currently do, we can help eliminate bullying from our classrooms.

Monica L. Kurtz is an Education Specialist at Region 13. Monica has a B.S. in Applied Social Sciences. Her background includes over 10 years’ experience in early childhood education, as well as 15 years with the Texas School for the Deaf working with students from Kindergarten to adult learners who are deaf and also have additional disabilities.