What is an Academic Conversation? 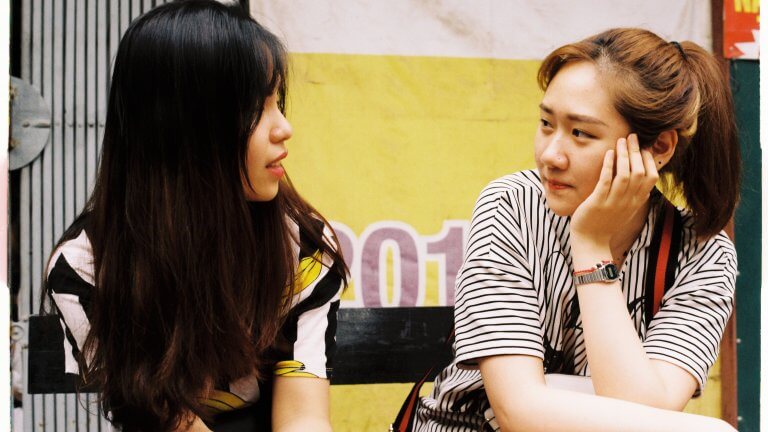 Based on Jeff Zwiers and Marie Crawford’s book “Academic Conversation” there are 5 core conversation skills that students should use to transform their ordinary conversations into academic conversations.

If instead your student, when asked about Black Panther said “I liked Black Panther because of its strong ties to African mythology, symbolism and cultural artifact,” they’d be using their core skill of “elaborating.” If they went on to clarify what they meant by mythology, symbolism, and cultural artifact by citing examples from the film, they’d then be clarifying their position.

Building on or Challenging Partner’s Ideas.

Often times in conversations we agree or disagree with whomever is talking. In a normal conversation we might say “yeah I agree with that” and leave it at that. In academic conversations that’s not good enough. Instead we build on ideas we agree with and challenge ideas we don’t. If, during a lesson on the rise of the counter-culture movement of the 60s, someone said they believed that “music was the biggest factor which led to its rise.” We might disagree with them by saying, “while that’s true, I also believe that America’s increased involvement in the war of Vietnam had an outsize influence.” We might agree with them and build on this idea by saying something like, “I agree, but also believe that the music was by and large a response to society’s newfound focus on civil rights.”

If we started a conversation on Civil Rights and ended up talking about comics, music, and fashion, it might be helpful to ask ourselves “How can we bring this all together?” In an academic conversation we could synthesize these points by acknowledging that, aside from its political impact, the Civil Rights era affected our cultural identities and influenced a generation of black artists, musicians, and fashion designers.

Exploration is crucial to deep learning. Regular conversations generally stop once people have shared their ideas and either agreed or disagreed with each other. Regular classroom conversations also might stop once your students have reached an agreed upon answer to something they’re learning. Academic conversations aren’t about reaching one conclusion. Instead they’re about exploration; they don’t stop at the “I agree and disagree” portion, but ask questions about the topic, leading to a deeper understanding of it from multiple points of view.

Say you were reading 1984 for class. A surface level conversation might simply state “1984 is about authoritarianism.” That’s not necessarily untrue, but it doesn’t get really deep into what Orwell was saying. In an Academic Conversation your students might explore the concept of free speech some more. They might also probe Orwell’s theories on free speech given his past experience and literary works. They might dive even deeper and question the tenants of authoritarianism and Orwell’s political solutions to it.

Most jobs are communal, even if we don’t always like it. In the workforce your students will be required to communicate their ideas, disagree with bad ideas, and agree with ideas that are good for their company. Academic conversations teach these skills early-on, giving your students  plenty of time to perfect them!

Mary Black works with teachers and principals in creative and strategic planning for curriculum and instruction at schools with diverse student populations. She has years of leadership experience in secondary schools, beginning her educational career as a high school English teacher in an urban high school, also serving as a high school principal. She is currently Program Manager and the Certified SIM Professional Development Leader for the SIM team at Region 13.

What are the Qualities of a Great Lesson Plan?

Why Formative Assessment is a Valuable Teaching Tool

6 Remote Learning Strategies to Successfully Check for Your Students’ Understanding